Rocket Man and the Phantom Baron

Step back from the edge. Rocket Man's in action again!

“Rocket Man and the Phantom Baron” is a spoof of the 1930s Saturday film serials. I had the idea to create a "Steampunk lite" action-comedy by combining my love for the 1930s Flash Gordon and Buck Rogers, 1960s action sitcoms, and the stories of Jules Verne, Frank Reade, and HG Wells.

These adventures would follow Rocket Man, Jenny Gibson, and friends around the world (and maybe the moon) as they match "scientific wits" with the Phantom Baron through airship battles, rocket packs, robots, ray guns, and menacing Prussians. Wrapped and packaged in humor, graphic scientific inventions, and a lot of charm and romance. 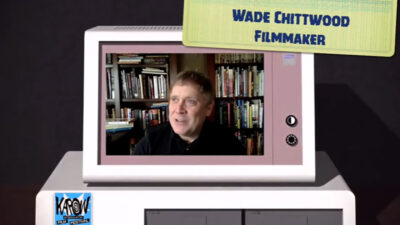